All information is back online!
Thank you for your continued patience as we continue to update/upgrade certain aspects of the website.

Mother Nature tried her best to put a damper on the 2nd week of the Barrhaven Scottish season, but couldn’t completely dampen spirits on a great rugby Saturday at Twin Elm Rugby Park.

Ottawa Rugby was in full swing as fixtures for every local club put every pitch to use at one of the best hidden sporting gems in all of Ontario.

Saturday was also Do It For Daron day  as the Scottish partnered with restaurant sponsor The Royal Oak  to raise funds for a great local mental health initiative, special thanks to all who joined at the Barrhaven Royal Oak after the game and contributed both their time and their donations. 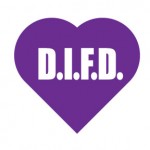 The Senior ladies led off at Noon against Club de Rugby de Quebec, and took an early lead that they never relinquished. The Quebec girls did battle back ultimately turning what looked like might become a blow out into a nail biter, but the Scottish gals held on for a 32-25 win.

The Men’s Seconds team was up next as they took on The Montreal Wanderers in what turned into a water logged battle. Unfortunately the men fell behind early and weren’t able to close the gap, and weren’t aided by the weather, as the game was called after roughly 60 minutes of play.

The Barrhaven Scottish Men’s First team would be next to step on the pitch, facing off against the Men’s First team from Montreal. The threat of lightning proved to be too great though, and after roughly 10 minutes of action the game was called with neither team having punched the ball into the end zone.
The game is likely to be made up later in the season.

Sunday saw the Scottish Old Boys head to Beaconsfield Quebec, to face off agains the newly reformed Beaconsfield RFC Old Boys. Beaconsfield is putting together an old boys side for the first time in 10 years, and also saw their Men’s First team face off against a touring side from Scotland in the Gordonian RFC.

Beaconsfield’s “Scottish Day” saw the old boys get behind early, trailing by as many as 3 tries, before a late surge saw the Barrhaven Scottish battle back and score the game tying try with less than 2 minutes to go. The final would see a draw at 5 tries a piece, but more importantly is the re-invigoration of Beaconsfield’s Old Boy Program and the ambition to add more fixtures.